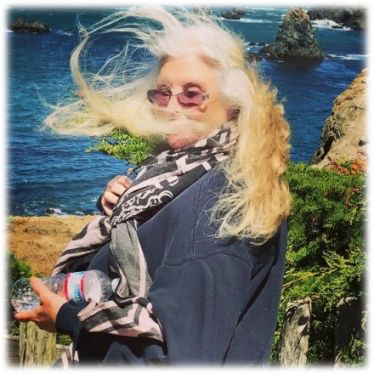 Memphis, Tennessee, in the 50’s prided itself as a hub for the ‘soulful’ music scene. “From my father playing his prized record collection to our car radios blasting R&B, gospel or the latest hits…music was everywhere. My childhood was a mix of dance recitals and musical theatre with summers spent traveling thousands of miles to California with my mother and two brothers to visit family.”

At thirteen, everything changed. Victoria’s mother was diagnosed with cancer and her father stopped playing his records, car radios were turned off, dance classes were suspended and summer vacations were cancelled. “Looking back, our family began mourning years before my mother was called back to heaven. Those years of witnessing my mother’s decline, my father’s grief and my younger brother’s fear and confusion left me lost and Godless.”

Victoria was sent to live with her grandparents in Los Angeles. Graduating from Dorsey High School, Victoria enrolled at USC majoring in Creative Writing. “Poetry helped me re-connect to a power greater than myself. I didn’t know it then, but God was becoming alive in my heart again.” In her Sophomore year, Victoria was approached by a theatrical agent and, despite her family’s objections, she signed on as a contract actor and print model. Below are pictures from a photo shoot in the late 60’s. 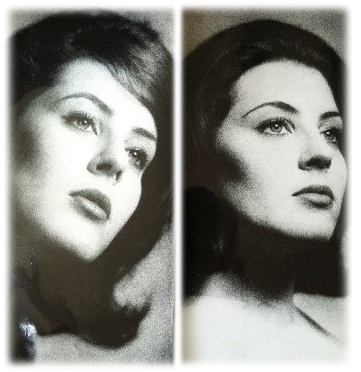 “After a few years, my interest and enthusiasm for performing had waned. My family was right. Hollywood starlets were accessories rather than taken seriously or treated respectfully. It wasn’t like today when a series of events finally put the ‘sexism’ issue in the spotlight and gave women the courage to talk about it.”

After fifteen years of marriage, Victoria filed for divorce and found herself a single mother with two young children. Desiring to give her ‘new normal’ family a spiritual environment, they moved to Malibu, California in the early 80’s. On over an acre of land, an array of vegetables, herbs and fruit trees were planted and farmed, a chicken coop was built and three horses were boarded. Bieler’s Broth, homeopathic remedies and Chinese herbs became a staple for healing whatever ailed the family. “I wanted my children to learn how to become stewards of the land, how to grow their own food, how to go with the flow and continue to evolve into whole-hearted spiritual beings having a human experience.” The family’s new holistic lifestyle also re-awakened Victoria’s passion for writing and her articles were published in local and national magazines.

As a student of A Course in Miracles, Victoria read to her own children ‘The Children’s Material,’ a spiritual book specifically written for young minds. She also gave art classes at her home for the neighbor’s kids and when the PTA invited Victoria to administrate and teach Malibu’s first higher consciousness program at the local grammar school, Victoria was ecstatic. “Creative Expressions” was birthed along with a long wait list. A creative writing project tuned into the draft for Victoria’s first book, This is Not Goodbye…It’s Halo. Endorsed by Dr. Elisabeth Kubler-Ross, this charming poetic tale of the afterlife was the recipient of the prestigious Benjamin Franklin award. 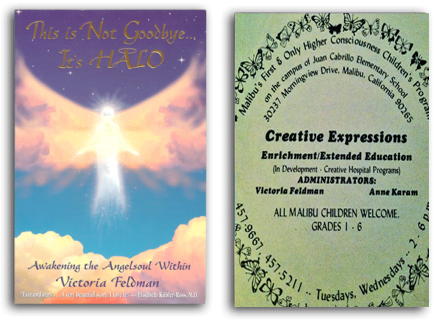 In the late 80’s until-2004, Victoria segued from teaching to became a top producing Realtor in Los Angeles and Carmel, California and was awarded membership in Alain Pinel’s President Roundtable. Victoria hosted a television program called ‘Conscious Real Estate’ and was included in Who’s Who in Residential Real Estate.

In 2004, after nearly two decades of selling real estate, Victoria decided to add Coach to her resume. She attended Coaches Training Institute, referred to as “the bible of coaching” by Stephen Covey, author of ‘The 7 Habits of Highly Effective People.’ CTI’s Co-Active Coach training program is known as the ‘Gold Standard’ by the Institute of Coaching, a Harvard Medical School affiliate. Victoria has integrated CTI’s in-depth structure and rigorous curriculum with the ideologies and exercises found in the study and practice of Law of Attraction. 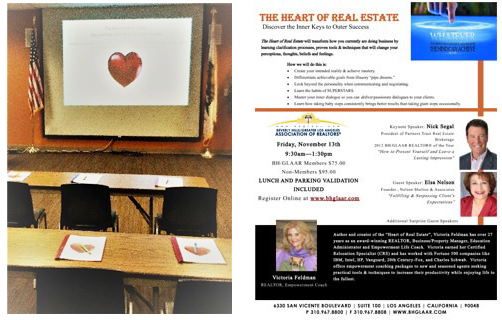 Victoria’s second book “Hello, Beautiful” chronicles Victoria’s struggles and triumphs to liberate herself and others from yo-yo dieting and weighty thoughts. Written in a workbook style format, and offering supportive self-love exercises, Victoria invites the reader to become a co-active participant in their own healing and transformation. 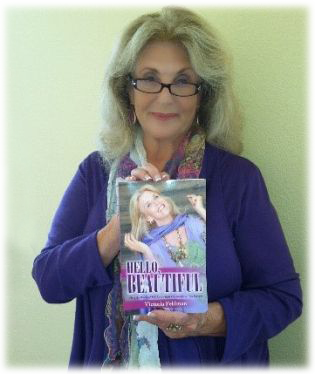 Victoria focuses on the “whole” person, not just one particular aspect of their life. Her training with Dr. Elisabeth Kubler-Ross and her many years of serious spiritual study and practice gives her the tools to help people going through death & dying, divorce and relationship challenges. When it comes to helping someone get through a breakup/divorce or someone who is facing the loss of a loved one, Victoria is sensitive to the fact that people facing the end of what once was a deep love and bond with another person must now begin the process of “letting go” while in a state of emotional and economic crisis. Crisis Intervention Mediation.

Read What Others are Saying – About Victoria Feldman